Promoting the perfect landing in NETBALL

Netball has the highest female participation rate of any sport in Australia. Adolescents athletes gain the social benefits of being a team member along with great physiological benefits such as improved bone density, lean muscles mass and cardiovascular fitness! Unfortunately like all sport it does have the risk of injury.

The most common injuries in netball are to the knee followed by the ankle. Insurance data indicates that 25% of all major injuries are due to rupture’s of the anterior cruciate ligament(ACL). ACL injuries lead to prolonged absence from the game usually in excess of one year. Current research suggests only 55% of athletes return to there formal level of competition following ACL reconstruction.

In netball the three most common ways to rupture the ACL are: Jumping and landing on a single leg allowing the knee to collapse across the midline An external force while mid air leading to loss of control and the knee collapsing The knee giving way during a cutting motion.
Research has shown that sport specific warm up programs that promote safe knee movements, can reduce ACL ruptures rates anywhere between 30% and 70%. The KNEE program has been created to help reduce the risk of ACL ruptures in netballers. It is the first prevention program specifically for netball.

The program aims to improve movement patterns on take off and landing. This is done by prescribing strength exercises for the muscles around the hip and knee, and practice drills to promote good landing technique. The success of the program depends on correct feedback to change athletes faulty movements to safer patterns.

The great part about the KNEE program is video demonstrations are provided on the website at http://knee.netball.com.au/. The program should be practiced twice a week as part of the normal warm up. The exercise’s are specific to ability and after a short period of practice will be become an easy routine for the athlete. Once athletes are comfortable with the program they can progress to more complex drills.

To find out further information and help with implementing the program at your local club or team contact the team at Ryde Road Physiotherapy. 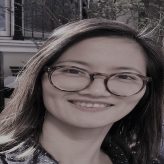 Ryde Road Physio has a running club. Like to run? Want a fun group to run with? Why not joinn in on a weekend run